The Who's seminal Quadrophenia double album, released in 1973, is about to turn 40 years old. Leading up to this anniversary, the album and film are enjoying a bit of a revival.

Quadrophenia - The Director's Cut (Super Deluxe Edition) was released late last year. This edition includes 6 discs that include previously unreleased demos, a hardcover book, as well as never-before-seen notes, photos and other memorabilia about the making of the album. 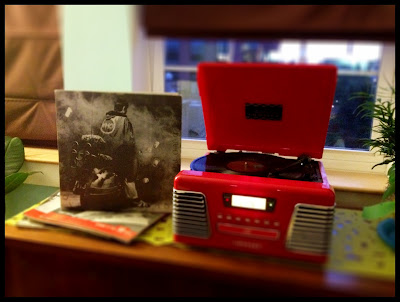 On August 28, 2012 a new Criterion Collection (in both Bluray and standard DVD) special edition of the film will be released in the US. The DVDs will include a bunch of extras including a new high-definition digital restoration of the uncut version, new audio commentary featuring director Franc Roddam and Tufano, an interview with Bill Curbishley, the film's coproducer and the Who's co-manager and a bunch of other goodies.

Unfortunately we're a little late to the punch with this next item, but on July 24, 2012, a documentary about the making of Quadrophenia, entitled "The Who: Quadrophenia - Can You See the Real Me?" was released in the US. This 90 minute film features behind the scenes archival footage, interviews, etc. It's playing tonight up in Canada, and I know a certain contingent of Canadian mods will be in attendance, suited and booted! You can read Wilt's review of the film, over on his blog, Anorak Thing.


All of these little tidbits are leading up to the Who's upcoming tour this fall and winter, where they will be performing Quadrophenia live. For fellow New Englanders, you can catch The Who in Boston on November 16 and up in Montreal on November 20. They take another swing through New England in 2013, playing Manchester, NH on February 24, 2013 and Providence, RI February 26th 2013.

There's little left to be written about Quadrophenia that hasn't been said before. All the great mod stuff (and Sting's great dancing) aside, it remains a timeless story about youthful angst and exuberance, the desire to fit in with a group of like-minded people while still standing out as an individual, and about figuring out who you are.

Email ThisBlogThis!Share to TwitterShare to FacebookShare to Pinterest
Labels: mods, movies, music, quadrophenia, rockers, the who